Recent Leaders in Hospitality 2022 Lifetime Achievement Award Winner, George Fares is the Director of Engineering at Jumeirah Zabeel Saray. This award is given to a hospitality veteran who has dedicated their life to the pursuit of excellence across the hotel industry. Their achievements have made the industry a better place for not only those who have worked with them, but the entire sector. George spent over three decades in the industry, innovating, and maintaining some of the operating properties under one of the biggest and most successful hotel groups in this region, Jumeirah Group.

His career in engineering began a long time ago in his hometown, Lebanon, where he would dismantle his toys to better understand how they worked and challenge himself to re-engineer them. His father supported his curiosity and always made sure there were more toys for him to work on.

As he grew older, he took his love for all things electrical and mechanical more seriously and studied Electro-Mechanical Engineering in 1984. It was that same year that he landed an opportunity to travel to Dubai for work. When he arrived he was assigned to work at the Dubai Power Station which at the time was the city’s main source of power. George was given accommodation at the Chicago Beach Hotel, now known as Jumeirah Beach Hotel. He didn’t know it at the time, but this trip would soon become the stepping stone for a lifetime at Jumeirah Group. 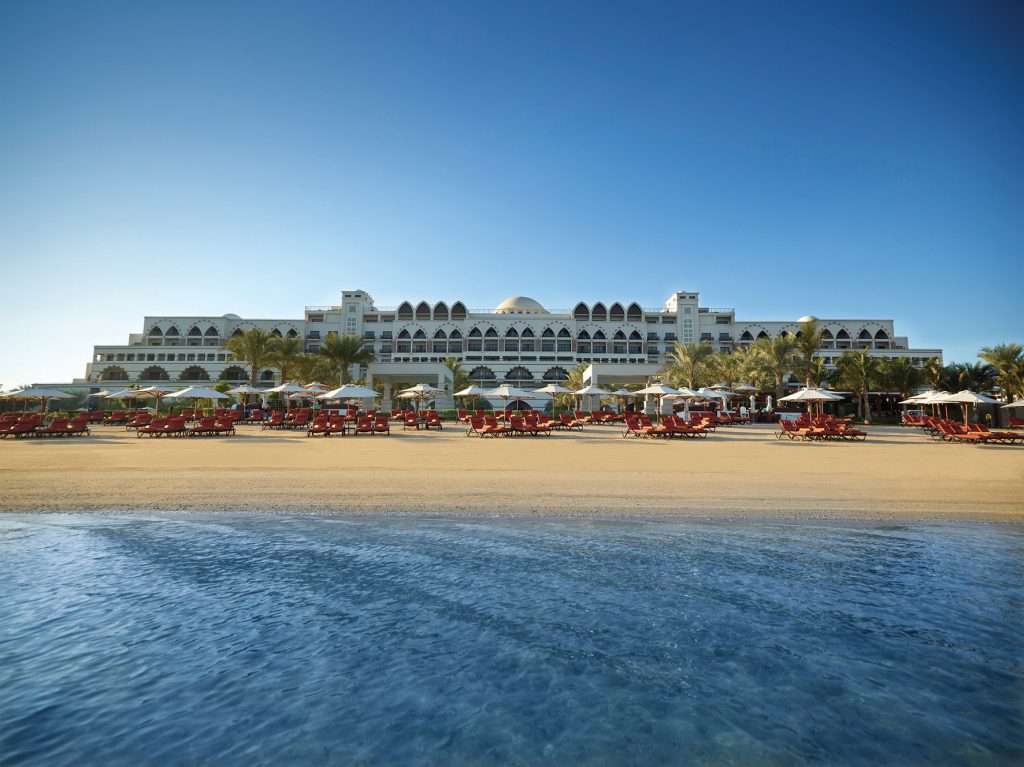 Four years later after his studies, George returned to Dubai. He joined the team at Chicago Beach Hotel as the Assistant Chief Engineer. Shortly after, he was involved in the re-construction work of the hotel before its pre-opening under the name of Jumeirah Beach Hotel with the vision of turning this property into the best resort in the region.

George played a significant role in the successful opening of Jumeirah Beach Hotel in 1997. The hotel went on to become one of Dubai’s most cherished beachside resorts in the region, boasting high caliber construction and the latest technology

In 1999, George moved to Burj Al Arab Jumeirah where he took on the role of Resident Engineer. Soon after he was promoted to Chief Engineer overseeing the pre-opening of – Jumeirah Mina A’ Salam Souk and the C&I building before moving to Jumeirah Al Qasr and Jumeirah Dar Al Masyaf where he spent the next seven years.

Throughout his time working at different Jumeirah properties and driven by his passion to come up with technical creative solutions, George has modified and modernized the engineering departments, implemented many leading-edge workshops that beautified and enhanced the properties he worked at in terms of look, performance, and guest experience. 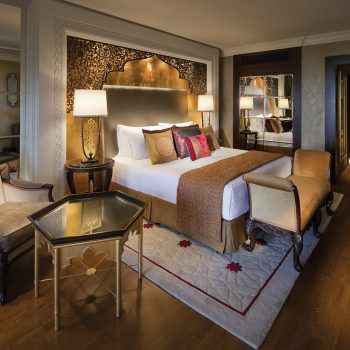 In 2010, George was promoted to Director of Engineering for the pre-opening of Jumeirah Zabeel Saray on Palm Jumeirah where his innovative ideas and capabilities once again, led to another successful hotel opening.

Talking with Lifetime Achievement Award Winner George, allowed us to really appreciate the vital role that engineering plays in a hotel. From troubleshooting and repairing hotel equipment, facilities, and systems, to being proactive with preventative maintenance, carrying out regular inspections, and staying on top of health and safety, this heart of the house department is the backbone of the building. As George puts it, as the Director of Engineering you are given the keys of the property, and it’s your role to maintain and further enhance it so that it remains in excellent condition and in synergy with curating beautifully experiences for our guests.

George has completed many international technical trainings within Austria, Germany, and the USA, he also designed the architectural structure of the International Training Center and the Oasis Village Accommodation, as well as led Jumeirah Zabeel Saray to become “Green Globe Certified”.

And of all the properties George has served, Jumeirah Zabeel Saray an extra special place in his heart and he has never let any challenge stop him from achieving great things for the hotel. During the time of development at Jumeirah Zabeel Saray, the team decided to build a cutting edge snow room in the hotel spa. During the project, they ran into a challenging situation when one of the suppliers were not able to come to the UAE and complete the room. Launching without this one-of-a-kind experience was not an option for George, so he decided that, if the supplier couldn’t come to him, he would go to the supplier. He flew to Munich, Germany, studied the system, and brought back the parts needed just in time to brief his team and complete the snow room, which he and his team continue to maintain creating a spectacular experience at the award-winning Talise Ottoman Spa . 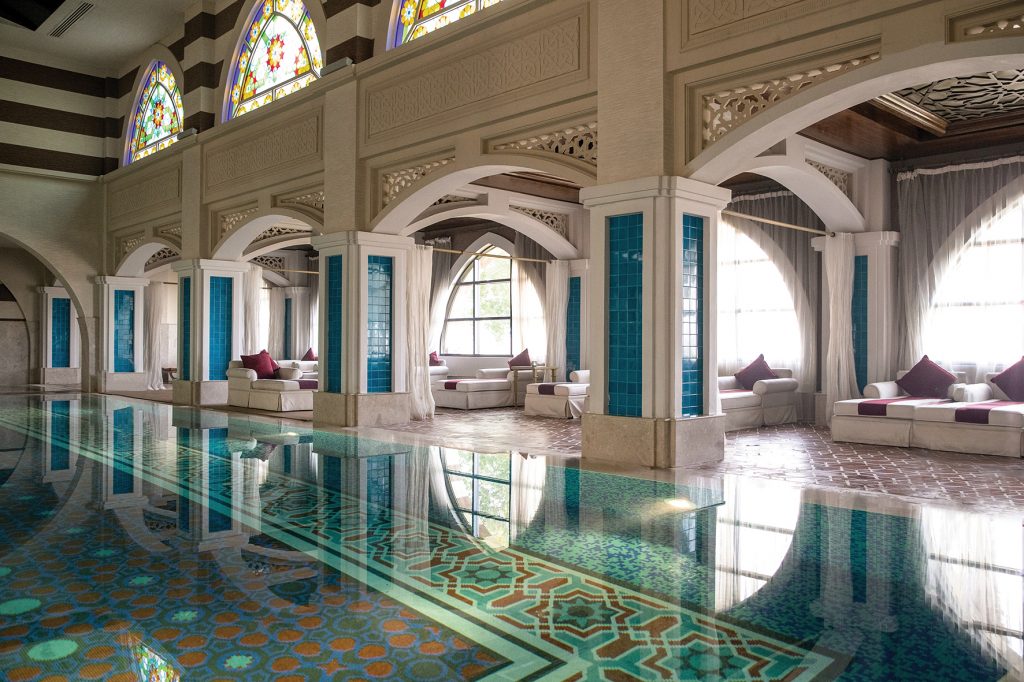 George has always been a student and says he will always remain a student. This insatiable hunger to always stay ahead of the game has been a strong driver constantly fueling his passion to think out of the box to either come up with new innovative solutions or help improve existing ones. During COVID-19, he designed an Air Handling Disinfection system that automatically sanitises the inflow and outflow of air at regular intervals, to protect both colleagues and guests’ health and safety. “We’ve always believed in precaution and not remedy, we don’t wait until things happen to innovate. The health and safety of our colleagues and guests are of our utmost priority and importance and we ensure that this is always maintained through the highest standards within the hospitality industry,” says George.

Apart from playing a pivotal role at the properties he has worked in, George has been a confidant and mentor to his team and is responsible for the growth of many. He attributes his dedication and loyalty to the encouragement he has always received from the Group and says that having the freedom to originate allowed him to become the leader he is today with an excellent workforce around him.

After three decades of service and being recognised for his achievements throughout the years, George still gets excited to come to work every single day, and despite being such a highly respected and sought after professional in the industry and region, he always has time to pass on his knowledge and experience to the next generation of Jumeirah professionals.

Showing absolutely no signs of slowing down, George says that he appreciates the growth opportunities Jumeirah Group has offered him during his career and he will continue to always cherish his presence and innovate more. “Jumeirah is my family and Dubai is my home,” he concludes.

Click here for more stories from our latest issue of #HCNME.