On Friday 5th and Saturday 6th August, the second in a series of world-class culinary collaborations will take place with Gregoire Berger of Ossiano and Asia’s Best Female Chef, Natsuko Shoji, of Japan’s lauded restaurant été.

Taking place for two nights only, this unique collaboration will see two of the world’s leading culinary talents and authorities in meticulous French technique unite to serve an unforgettable 10-course menu. Titled “The Genesis”, the duo’s collaborative efforts will bring forth their respective culinary approaches, paying homage to seasonality and world-class produce, cumulating in a series of exceptional dishes representative of works of art. With Shoji’s été being a one-table haute-cuisine experience and Ossiano’s recently awarded Michelin star, this will truly be a once-in-a-lifetime dining experience.

Each evening, diners are invited to embark upon an immersive journey, focusing on a story specially crafted by the creative duo. Every chapter of the story is interpreted through the culinary lens of each chef, with surprises at every turn. Diners can expect dishes from Berger, including a colourful eel, nori and orange tartlet, and chef’s much-loved black truffle croque monsieur. Shoji’s interpretations include a uni tart, ayu (sweetfish) taco with fruit salsa and a decadent caviar mille feuille which expertly combines pastry techniques into a savory dish.

A darling of both the fashion and culinary cognoscenti and crowned Asia’s Best Female Chef at the 10th annual Asia’s 50 Best Restaurants awards, Natsuko Shoji is known for her showstopping pastry dishes that draw inspiration from haute couture. After spending her formative years training under Hiroyasu Kawate of Florilège (ranked No.39 in The World’s 50 Best Restaurants 2021), at the age of 24, Shoji opened her first cake laboratory in Tokyo in 2014.

For the last five years, Shoji has operated one of Tokyo’s most difficult-to-book restaurants, alongside a thriving luxury cake business. In 2019, she relocated her pocket-sized, single-table Shibuya eatery and pastry shop, été, to a new home, expanding into a six-seat, exclusive, “intimate and indulgent” restaurant that serves an intricate 10-course menu of Savory courses and her signature desserts.

Over the last half decade, Shoji has made a splash with her grand cakes garnished with Japan’s most prized fruit—from Nagano grapes to Miyazaki mangos—inspired by iconic designs from various fashion houses like Chloe and Chanel. Now with many huge accolades to her name, including Asia’s Best Pastry Chef, Asia’s Best Female Chef, and No.83 in the Asia’s 50 Best Restaurants 2021, 32-year-old Shoji is regarded as one of the most accomplished chefs in Asia and a trailblazer for women in the industry.

Gregoire Berger comments, “For the next in our series of culinary collaborations, I wanted to pay homage to women in the industry and a country that I hold dear to my heart, Japan. After meeting Natsuko earlier this year and being blown away by her talent and global accolades, I wanted to introduce diners in Dubai to someone I personally feel is one of the most talented female chefs anywhere on the planet.”

“In 2016 I flew to Japan to embark on a culinary journey that has ultimately marked, inspired and influenced who I am as a chef today. After experiencing some of the best dining moments of my life, I look forward to collaborating with Natsuko to bring forth the best of the country’s produce, food culture, discipline, and way of life to Dubai.” 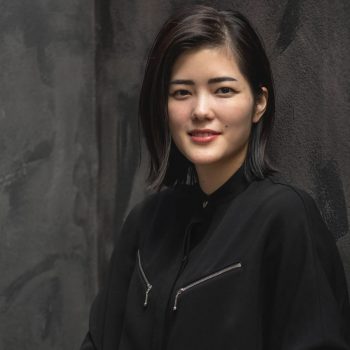 Natsuko Shoji comments, “It is such an outstanding opportunity and honor to work with Chef Gregoire. As a Japanese chef, I’ve learned a lot about the finest seafood, but his deep understanding of the sea environment and seafood inspires me a lot. My last visit to Dubai was in January, and I was amazed by the diverse food culture and how passionate and sophisticated the diners are.”

Offering a progressive fine dining cuisine, the one-Michelin starred Ossiano pays homage to the riches of the ocean and coastal land. Guided by Berger’s memories of travel and his childhood in Brittany, each dish embodies the chef’s lifelong respect for seasonality, terroir and sea foraging, with all ingredients sustainably sourced from the oceans or within 50km of a coastline. At 34 years old, Berger has already made waves on the global culinary stage with his cutting-edge, unconventional dishes refined with traditional French technique that has become his signature. The youngest and only chef in the country to be featured in the top 100 in the Best Chef Awards for five consecutive years, Berger has set himself apart in the busy Dubai dining scene with his visionary approach to pairing ingredients and application of beauty and art to food. 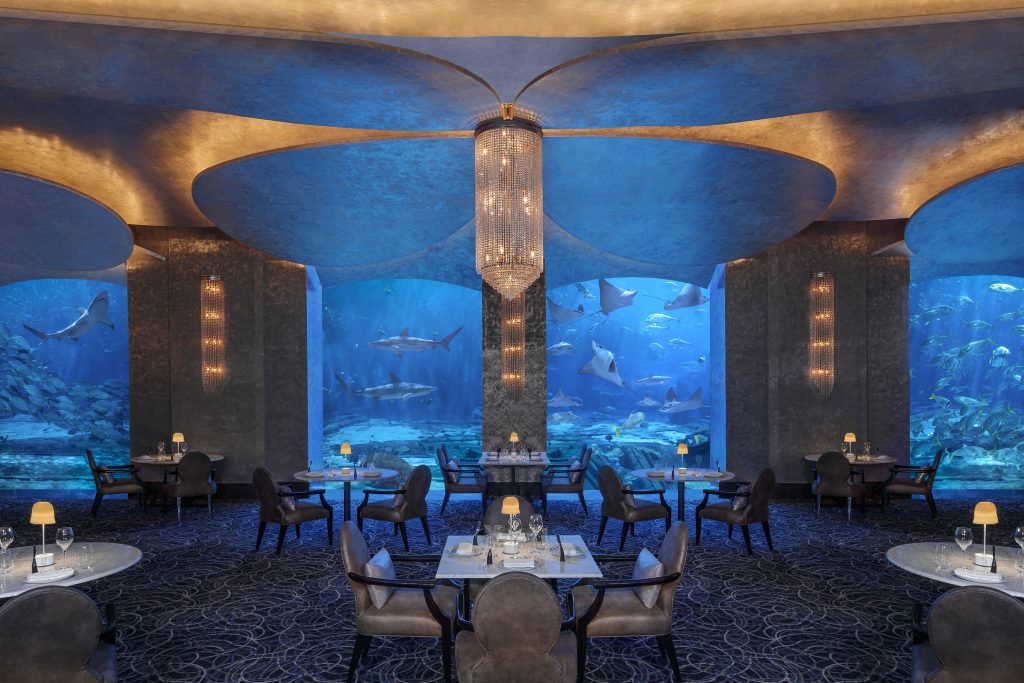 Located in Atlantis, The Palm and seating just 50 guests per evening, Ossiano is regarded as one of the country’s most unique and beautiful dining destinations. Taking diners a world away from the moment of arrival, guests descend into the subterranean dining room, submerging themselves 10 meters to the bottom of one of the world’s largest aquariums. With the unique dining environment as its muse, Ossiano transports guests both visually and sensorially to the depths of the ocean.

August’s culinary partnership with Chef Natsuko Shoji is the second in a series of exciting and debut collaborations between Chef Gregoire Berger and some of the world’s leading chefs. From May through December, Dubai diners can expect the biggest names in culinary to take to the Ossiano stage.

Gregoire Berger X Natsuko Shoji will take place on Friday 5th and Saturday 6th August from 6:00 pm-10:00 pm. The menu is priced at AED 1,250 per person. Seating is extremely limited, and early reservations are highly recommended. To find out more about or to make a reservation, log onto www.atlantis.com/dubai/restaurants/ossiano or call +971 4 426 2626.