Virgin Hotels has announced the June opening date of its Edinburgh outpost, which will mark the group’s first property outside of the US and is set to be followed by Virgin Hotels Glasgow later in summer.

Sitting in the India Buildings in the city’s Old Town, the hotel comprises 222 Chambers and Grand Chamber Suites as well as multiple F&B outlets, all with their own distinct design. The social spaces include Commons Club – Virgin Hotels’ flagship restaurant and bar – and Eve, an all-day dining and late-night entertainment space. The site is also home to a 19th century church, now known as Greyfriars Hall, which has been restored and repurposed as an event venue. And to top it all off, a rooftop sanctuary affords views of Edinburgh Castle.

Bright and airy with warm textiles and locally sourced furnishings, the Chambers feature Virgin Hotels’ signature layout with two clear areas; the Dressing Room includes a full vanity, closet space big enough for two, makeup desk with a well-lit mirror, an extra-large shower with a built-in bench and toiletries by Arran of Scotland. A sliding door or drapery separates it from The Lounge, which houses Virgin Hotels’ patented, ergonomically designed bed with a tufted headboard, a red Smeg mini-fridge generously stocked with a curated selection of local products, television and ample outlets for smartphones, laptops or other devices.

With views of Edinburgh Castle and across to the Royal Mile, the hotel’s Chambers have been infused with local city influences and modern touches. Original Victorian era details and a soft neutral palette come together to create a comfortable residential feel. Thoughtfully curated artwork evokes Virgin’s playful spirit as seen through the lenses of Edinburgh and greater Scotland. The Chambers and Suites’ rugs have been made in partnership with Lālla London, who specialise in ethically produced Moroccan rugs, supporting women’s weaving cooperatives throughout the Atlas Mountains. The project supports over 180 female weavers in hard-to-reach villages, providing a necessary lifeline for the women and their families.

Spanning ten floors, guests have a range of options when selecting a Chamber or Suite, with 15 categories to choose from. Signature suite Richard’s Flat strikes the balance for Sir Richard’s home away from home with its restored architectural details and contemporary furnishings, while the Eve Branson suite – a nod to the Virgin founder’s late mother, found under the bell tower of the revived mediaeval church – sees dramatic architecture tempered with a muted palette in rich textures. For those looking to stay somewhere a little different, the Moroccan-inspired Kasbah Tamadot Suite honors the Virgin Limited Edition property in the Atlas Mountains, with a secret second floor lounge adorned with traditional fabrics and festive lanterns.

A collaboration between Virgin Hotels and Scottish design and architecture studios Ica, Four-by-Two and Joelle Reid Interiors, the hotel’s design preserves the original building’s notable elements while adding a sense of style and sophistication. The property promises a mix of old and new to capture the character of Edinburgh’s cultural heritage, combined with the personalized service the Virgin Hotels group is known for. 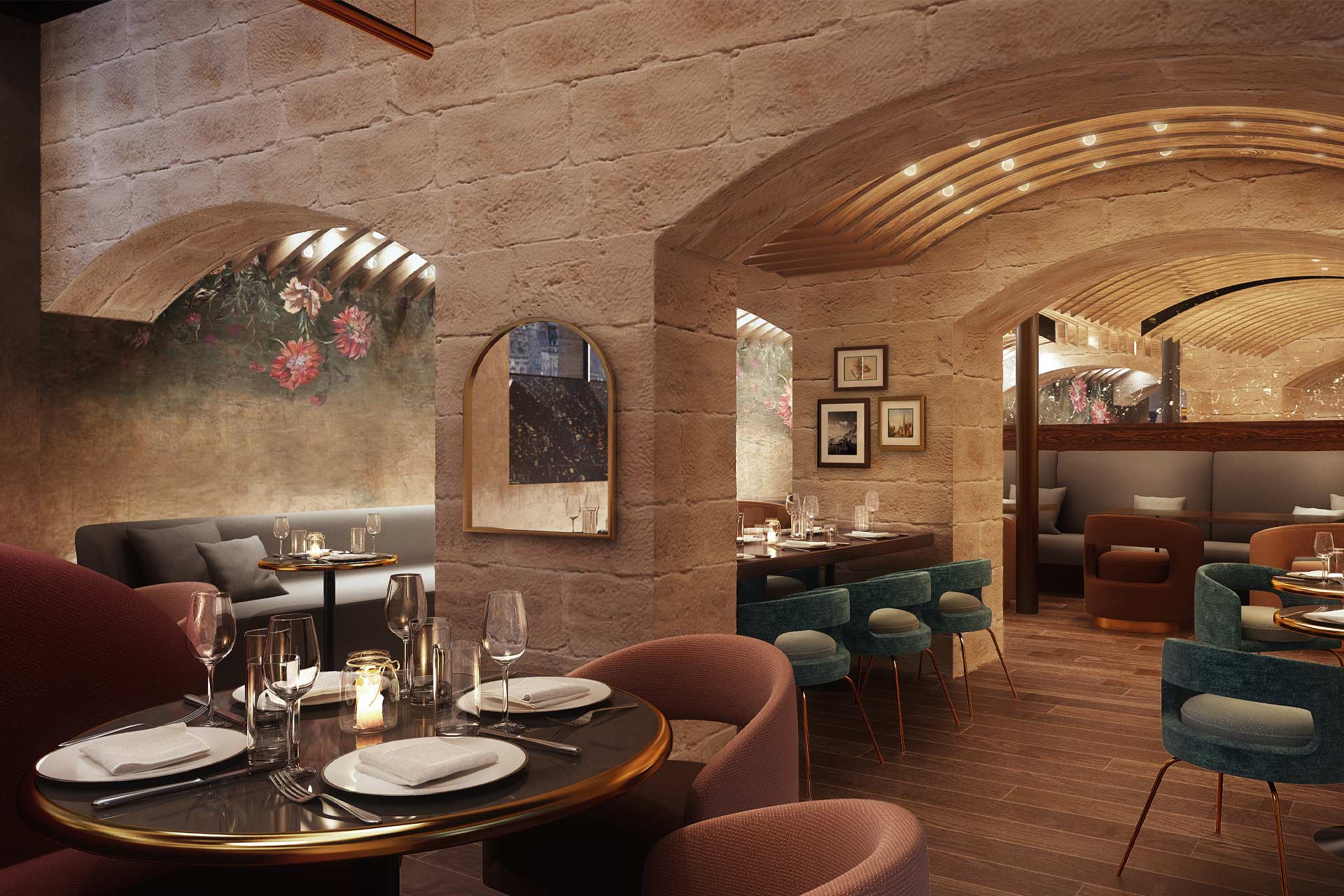 Virgin also worked with Visto to curate the art throughout the hotel, which includes several pieces created by local artists alongside works inspired by the character of Scotland and the Scots. The history of the location played a key role in developing the scheme, intertwining the heritage of the building with the contemporary character of the hotel design. Illuminating the walls and ceilings throughout Eve is Mary in Space by Studio Giftig, which takes its cues from Mary Queen of Scots, a cultural icon who also lived for a time in Edinburgh Castle. Wearing modern clothing, Mary makes for an interesting image as past, present and future worlds.

Another significant piece is the Chandelier by Arthur Mamou-Mani. One of the world’s first bioplastic 3D printed sculptures of this scale, measuring three meters wide, it hangs in the nave of the former church. In addition, a large-scale painting was commissioned by artist Alan Macdonald for the mantle in the Commons Club bar. Rich in symbolism, the work not only represents the Virgin brand, but also the history of the site.

“Edinburgh is such an iconic city and we’re thrilled it will be the home of the first Virgin Hotels in the UK and across Europe,” comments James Bermingham, Chief Executive Officer of Virgin Hotels. “Through dynamic contextual design and neighborhood-centric influences the new hotel will be a cultural city hub, with a design that sustains the building’s heritage while adding a vibrant, new style to the area.” 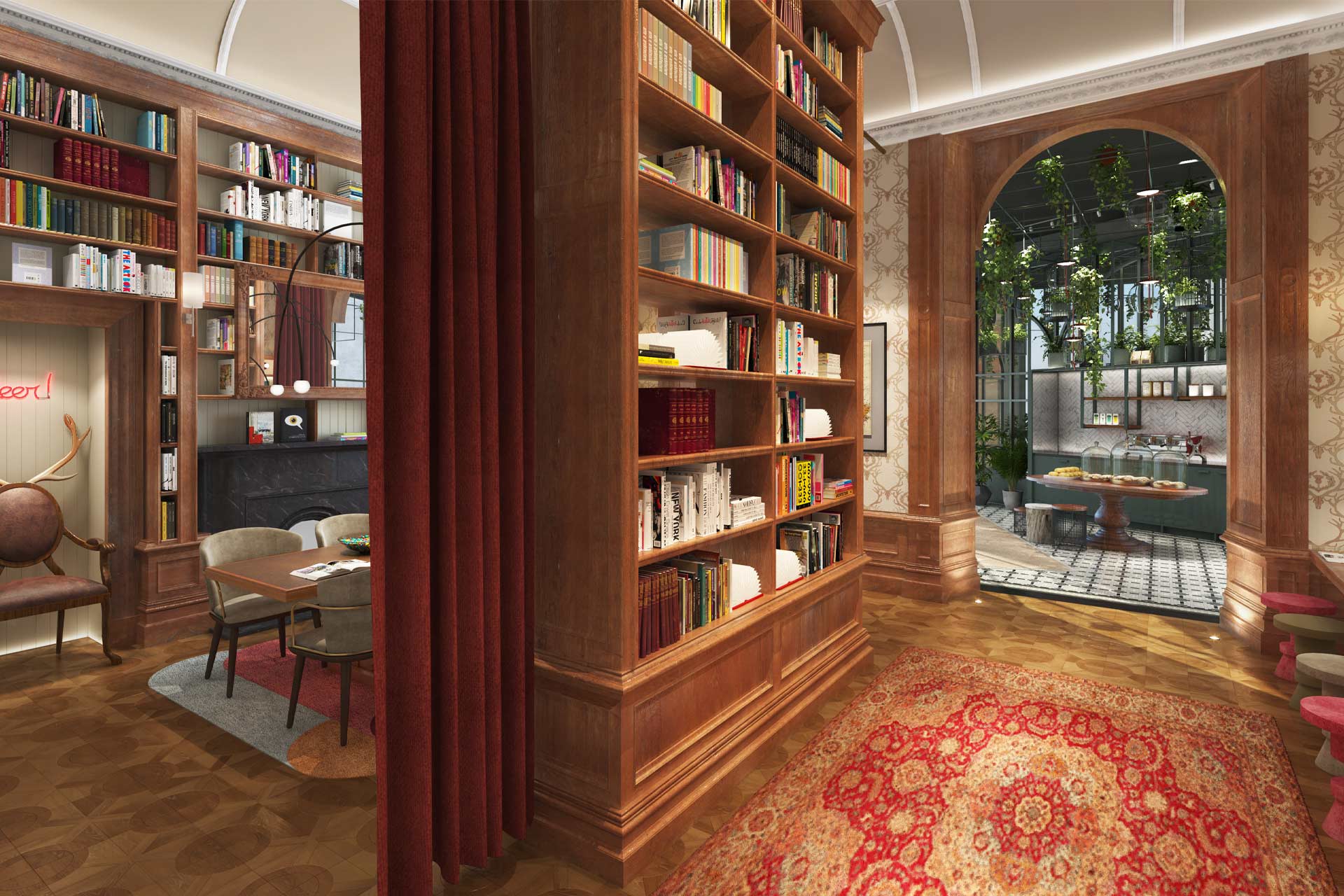