Wego, the leading online travel marketplace in the MENA region, announced that it will acquire Cleartrip’s Middle East business in a deal expected to close in the second half of 2022. This deal is the latest in a series of entrepreneurial successes that reinforce Dubai’s reputation as a global hub for business, tech talent and companies of all sizes.

With approximately 9 million app downloads recorded in 2021, Wego has grown into the largest online travel marketplace in the Middle East and North Africa (MENA) region.

Cleartrip also expanded into the region in 2010 and acquired Riyadh based Flyin.com in 2018, playing a pivotal role in expanding the online travel market in Saudi Arabia.

The deal between the two Dubai Internet City-based companies follows a legacy of major partnerships in the business district aimed at geographic and product expansion, as well as the birthplace of regional unicorns.

Wego and Cleartrip’s progress in the region speak to the tremendous growth the travel and tourism sector of the Middle East has seen in the recent decade, stimulated by its position between key global regions such as Europe, North Africa and Asia. The rapid urbanisation of cities like Dubai, Riyadh and Amman have also made it a popular leisure and business destination for regional and global travellers. Despite setbacks to the global industry due to COVID-19, the travel and tourism sector appears optimism with the World Travel and Tourism Council (WTTC) predicting that its contribution to the global economy could reach US$8.6 trillion this year. WTTC also forecasts that the Middle Eastern sector’s contribution to the region’s total economic output may witness a year-on-year increase of 28%.

Much like the rest of the world, the online travel market has seen a significant rise in MENA, driven by a young, technologically savvy population. Research conducted by MENA Research Partners in 2019 predicted the online travel market in the GCC alone to reach US$15 billion by 2023. Dubai’s advanced infrastructure and global reputation as a popular tourism destination render the city a particularly strategic location for players in the market. Dubai Airport remained the world’s busiest international aviation hub in 2021, serving 20.7 million passengers while Dubai-Riyadh emerged as the most active route.

The acquisition will enable Wego to not only enhance its operations to accommodate growing demand in the region by tapping into Cleartrip’s advanced digital infrastructure and resources, but also allow the leading travel marketplace to deliver a wider range of services and products to consumers. It simultaneously marks a notable chapter in the city’s business ecosystem as two major firms merge to bolster the tech-tourism sector. 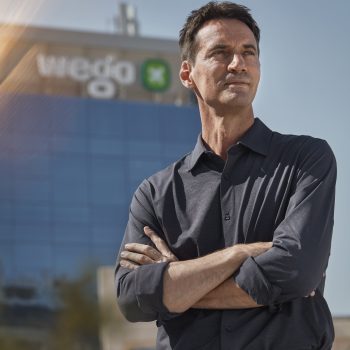 Ross Veitch, CEO & Co-Founder of Wego, said, “Wego and Cleartrip both expanded into the Middle East about a decade ago from Singapore and India respectively, and we both found a new home in Dubai. We were excited by the opportunity presented by a vibrant region with some of the world’s best airlines, airports and destinations, a population that loves to travel but a relatively under-penetrated online travel sector. Dubai’s business friendly environment, pragmatic policy making and status as the region’s hub for the technology and travel industries has played an important role in Wego’s growth. It was also in Dubai that Wego and Cleartrip started doing business together and so in many ways Dubai has played the role of match-maker and venue for the marriage that we are announcing today.” 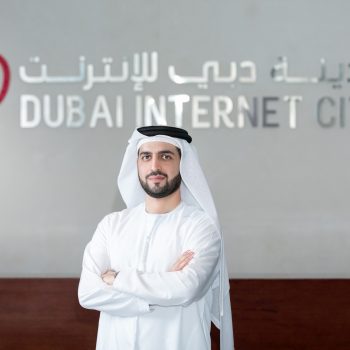 Ammar Al Malik, Managing Director of Dubai Internet City, said, “Dubai continues to consolidate its leading position as a global hub for companies and talent in technology, and an incubator for the most prominent success stories of the region. The acquisitions and mergers within Dubai Internet City over the past two decades are a testament to the emirate’s strong position and its enabling platform for promising investment opportunities.

He added, “Wego’s success story over the past years, and its acquisition of Cleartrip operations in the region to expand and enter new markets, enhances the emirate’s technology and innovation exports. At Dubai Internet City, we are committed to enabling our business partners to grow and thrive by providing a competitive business, state-of-the-art infrastructure, and vibrant community with platforms to engage and explore opportunities striving to support partners when attracting specialized tech professionals and entrepreneurs. We wish our partners at Wego and Cleartrip more success in expanding the customer base and providing new services in new markets from Dubai.”

Technology has been a special focus for Dubai’s entrepreneurial drive more than the last two decades. Dubai Internet City, which was established as part of the emirate’s pioneering ICT strategy, provides extraordinary competitive advantages for companies in the tech industry, including world-class infrastructure, an ideal environment for business success, a culture that embraces rapid growth and innovation, and unrivalled simplicity of doing business. It has been a cornerstone of the emirate’s digital transformation and economic diversification strategy for more than two decades, cultivating a thriving community of more than 30,000 professionals and 1,600 companies.

The agreement with its parent company, Flipkart Group, India’s homegrown e-commerce ecosystem, also includes the sale of Flyin.com and a technology co-operation agreement between the two brands. The Boards of Directors of Wego and Flipkart have approved the transaction, which is expected to close in the second half of 2022, subject to customary closing conditions and regulatory approvals.

Dubai Internet City’s robust technology ecosystem and world-class infrastructure have played a vital role in facilitating major partnerships. It is home to the region’s first ever unicorn, Careem, which was acquired by Uber in 2019 for US$3.1 billion. Amazon was able to expand into the Middle Eastern market in 2017 by acquiring e-commerce firm Souq.com for US$650 million.

Also included in its legacy was the Dubai-based Emerging Markets Property Group (EMPG) and OLX Group’s merger of MENA and South Asia operations in 2020, forming a AED3.6 billion (US$1 billion) Dubai-based unicorn company, as well as Yahoo!’s acquisition of Maktoob.com, the first Arabic/English email service provider, for US$176 million in 2009.