Raffles Boston Back Bay has topped out ahead of its 2023 opening, raising a final beam decorated with a Raffles flag and Travelers’ Palm Tree. To commemorate the milestone, construction workers joined developers The Noannet Group as well as Saunders Hotel Group and their partners at investment firm Cain International, construction company Suffolk, The Architectural Team (TAT) and Madison Realty Capital.

By securing the air rights over the adjoining University Club, the developers behind Raffles Boston were able to construct a 35-storey building that employs a cantilever structure designed by Boston-based engineers McNamara Salvia. TAT and McNamara Salvia created the innovative system, which utilises a combination of concrete superstructure and massive steel trusses – all supported by a series of 130′ long concrete caissons anchored in bedrock. With the completion of the building’s structure, the project team will now finalise the installation of its dynamic glass curtainwall façade, marking another important step towards opening.

“An incredibly talented team of 700 construction workers and tradesmen are working tirelessly on this project, and they deserve a badge of honor for getting us to this point – and doing so not only through three winter seasons in Boston, but also a two-year pandemic!” says Jordan Warshaw, co-developer and President of Noannet Group. “Raffles Boston has already changed the Back Bay skyline and we are extremely proud of what the addition of this locally focused, internationally inspired brand will bring to our city. Just like the Travelers Palm that we ceremoniously raised to the 35th floor, Raffles Boston will be an oasis, not just for travellers, but for Bostonians. We look forward to opening in the year to come, and we extend our deepest thanks to Mayor Wu, the City of Boston, and all of our partners who have helped us reach this milestone.”

Heather McCrory, CEO for Accor North & Central America, comments: “Raffles is one of the most prestigious and beloved brands in our Accor portfolio, and to see this exceptional project – the first mixed-use Raffles property in North America – brought to life With such precision and care is remarkable. We are proud to be celebrating such a notable achievement with our esteemed partners that have shown unwavering dedication to this project since its inception and have shared in our vision of creating an extraordinary hotel and residences any other in Boston. One of the most anticipated additions to our portfolio, we are eager to open the doors of our North American Raffles flagship and welcome locals and travellers to Raffles Boston.”

The project’s 147 guestrooms and 146 residences will be joined by 16 gathering spaces, ranging from quiet and intimate to vibrant and social, including special venues dedicated to building residents. Highlights within communal areas include six F&B outlets, a three-storey Sky Lobby perched high above Copley Square, and a Raffles Spa with a 20-meter indoor pool and fitness centre, as well as a rooftop garden terrace lounge, intimate residents-only places , and a ballroom with expansive panoramic views over the Charles River.

Michael E. Liu, Senior Partner and Design Principal at TAT, explains: “We’re thrilled to mark this milestone as the Raffles Boston Back Bay reaches full height and prepares to take its place in our city’s skyline. From its innovative cantilevered structure to the distinctive, curved form, this graceful tower has been designed to enrich the urban fabric and offer an exciting new set of experiences for Bostonians and alike visitors. Seeing the final beam raised is a major step towards this goal and a proud moment for the team of project partners.” 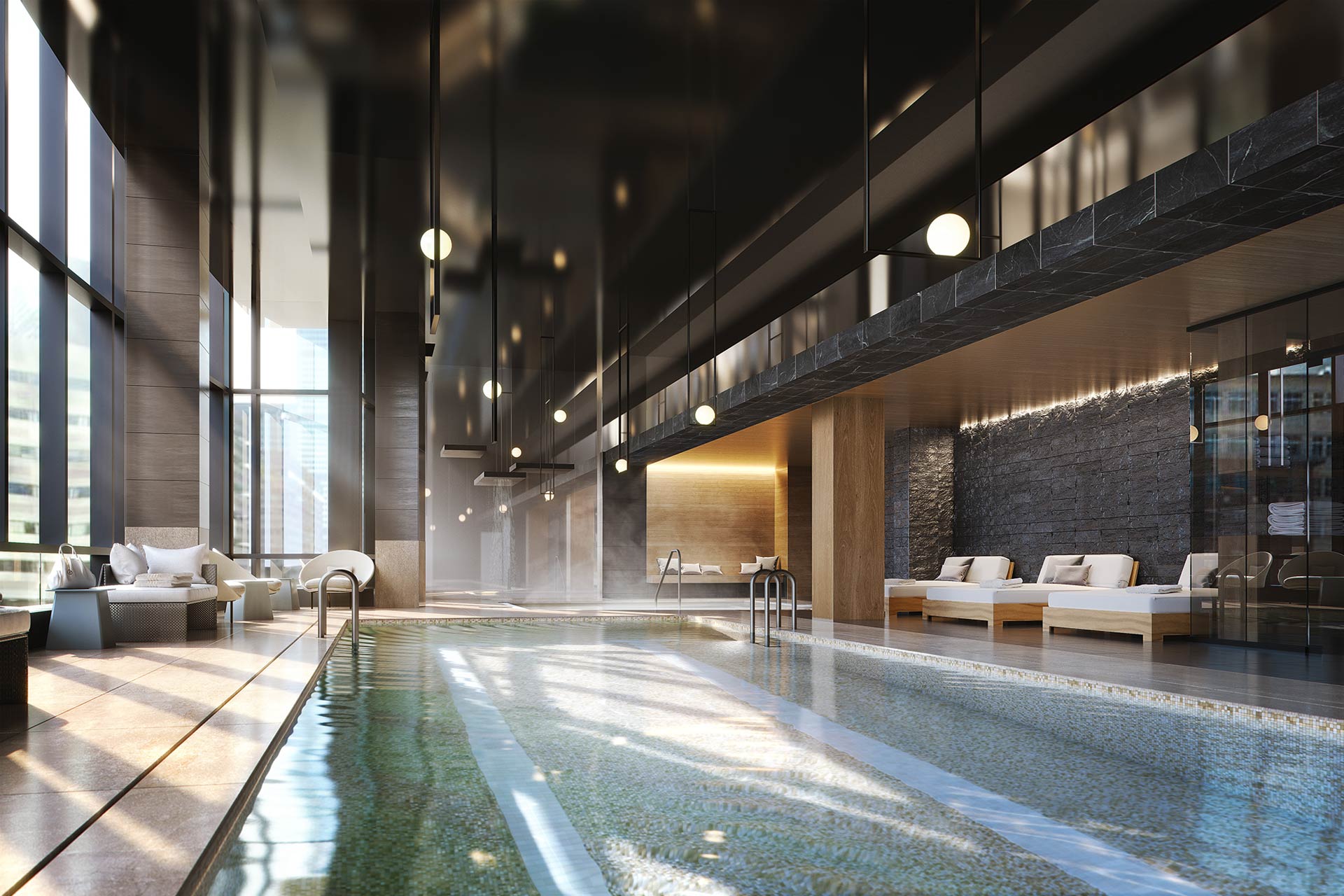 Jeff Gouveia, Executive Vice President and General Manager of Suffolk Northeast, confirms: “We are honored to play a leadership role in the planning and construction of the Raffles Boston Back Bay Hotel & Residences project for the development team and City of Boston. This important project milestone is a tribute to the level of collaboration exhibited by the entire team of developers, designers and construction professionals, along with the hard-working trade partners responsible for erecting this impressive structure. We look forward to continuing to work closely with this team to deliver a building of which the entire community will be proud.”

Located at 430 Stuart Street, Raffles Boston joins Raffles’ collection of 17 properties from Singapore to Paris, Bali to Phnom Penh, and Dubai to the Maldives. Raffles Boston will provide over $22 million in public benefits in total, including street and public realm improvements, seven on-site affordable housing units, and a contribution of over $13 million that will support additional affordable housing across the city.

Jonathan Goldstein, co-founder and CEO of Cain International, concludes: “Raffles is among the most cherished names in hospitality, and we are proud to be delivering its first concept in North America. As we celebrate the final vertical beams being put into place, we want to thank the development team for their hard work and dedication. This is a phenomenal achievement for a landmark property unlike any in the region.” 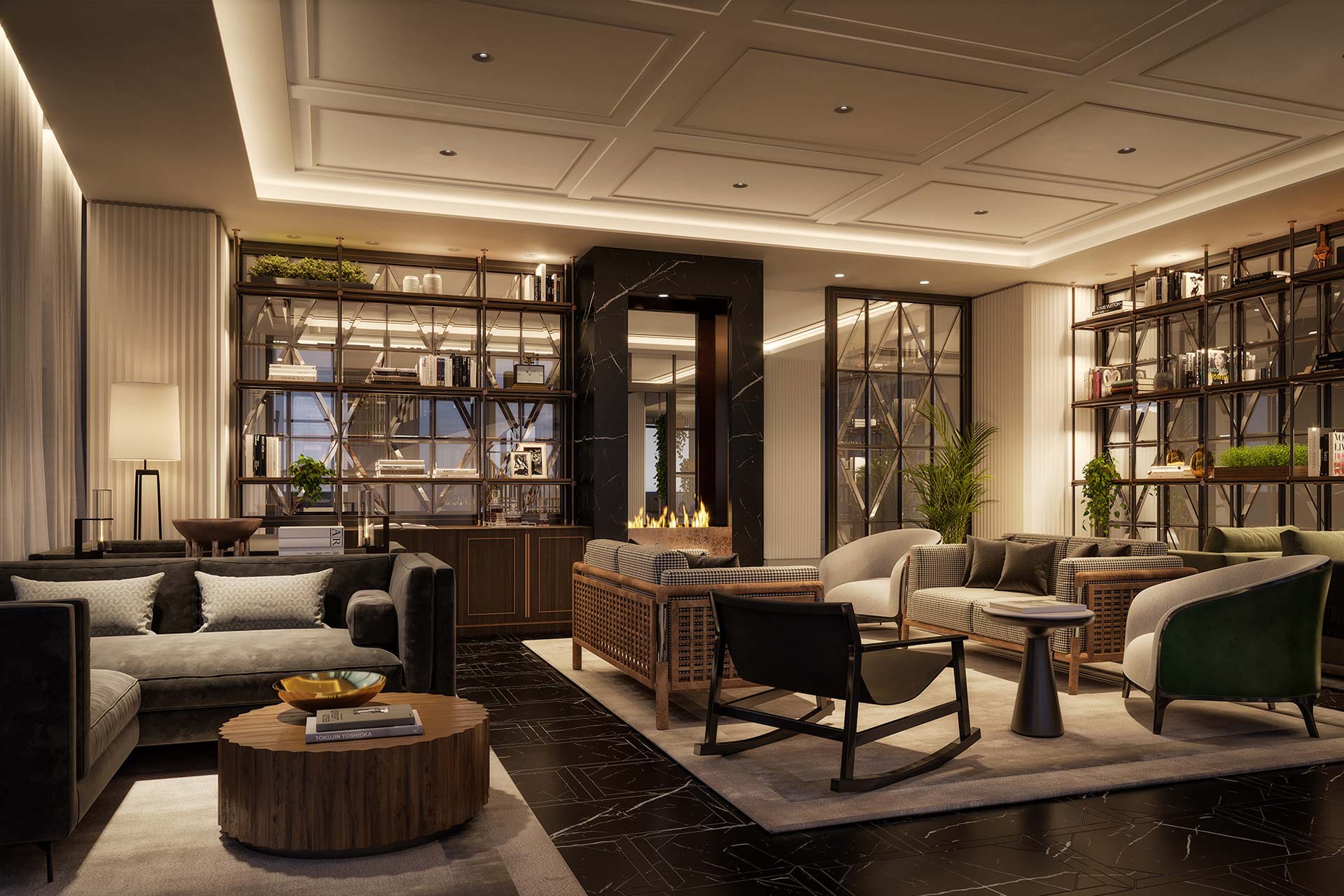 The post Raffles tops out Boston Back Bay hotel appeared first on Sleeper.