Luxury lifestyle hotels are becoming more than just a place to relax, dine, and pamper yourself. A comfortable room with a view is no longer enough to meet the expectations of guests, especially the next generation guest. In a hotspot for leisure and entertainment like Dubai, both tourists and residents alike are always looking for the best places to see and be seen. And hotels are starting to up their entertainment game in a big way. One hotel brand that was ahead of this trend, famous for its nightlife offerings, DJ line-ups, and celebrity sightings are FIVE Hotels and Resorts. Dubbed the hottest hotel on Palm Jumeirah, the brand’s flagship location, FIVE Palm Jumeirah is a dare-to-be-different hotel that captures the glamor and vibe of Dubai. Set against a breath-taking backdrop of the beach and Dubai Marina skyline, this lifestyle hotel boasts 470 luxurious rooms and suites with ocean or city views. The brand also has a second hotel in Jumeirah Village with 269 pools, lush green terraces and a buzzing culinary scene, a resort on the way in JBR Beach opening in 2023 and its first international hotel in Zurich, Switzerland coming soon. We caught up with Kabir Wadhwani, Director of Entertainment, FIVE Hotels and Resorts to discuss how the brand had managed to create such a dynamic entertainment experience at their hotels. 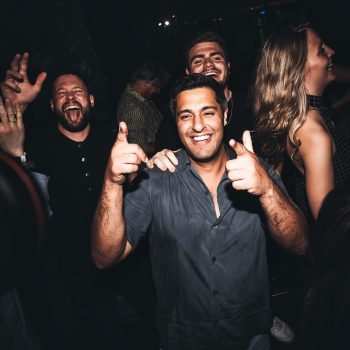 “FIVE is not simply a ‘hotel,’ we are a luxury lifestyle entertainment destination – with music lying at the core of the FIVE experience. Our FIVE-styled offerings are a unique combination of award-winning culinary offerings, performances from the world’s chart topping DJs and top-notch guest services – all set amidst Insta-Gold interiors and iconic locations. Nightlife is a key component of the ‘Vibe at FIVE’ – from multi-genre nights at Dubai’s favorite rooftop, The Penthouse where Lost Frequencies, Robin Schulz, Morten, Acraze, Joel Corry, Themba, and more, have played to Gourmet Chinese Haute Spot, Maiden Shanghai’s Crazy Rich Ladies Night or nights at exclusive nightclub Bling with special guest star Charlie Sloth at FIVE Palm Jumeirah as well as Pub Nights at famous Tap House, Goose Island at FIVE Jumeirah Village. At FIVE, the fun never stops, and a number of top-of-the-class day parties from Summer Ice and Splash Dance at FIVE Palm Jumeirah’s iconic Social Pool to guest-favorite Naughty Noodles Brunch at hot spot Maiden Shanghai and Pool Party Brunch Fun at Nomad Brunch at Soul Street, FIVE Jumeirah Village is available for all to enjoy as FIVE aims to keep you dancing from dusk to dawn, from the beach to the dancefloor!”

Kabir describes Dubai’s entertainment landscape as “like no other in the world”, saying that Dubai is at the top of the wish list of every well-traveled partygoer for its thriving nightlife, and day parties.

He adds, “with a diverse variety of locations, themes, musical styles, and ambience – the city has something for everyone.” 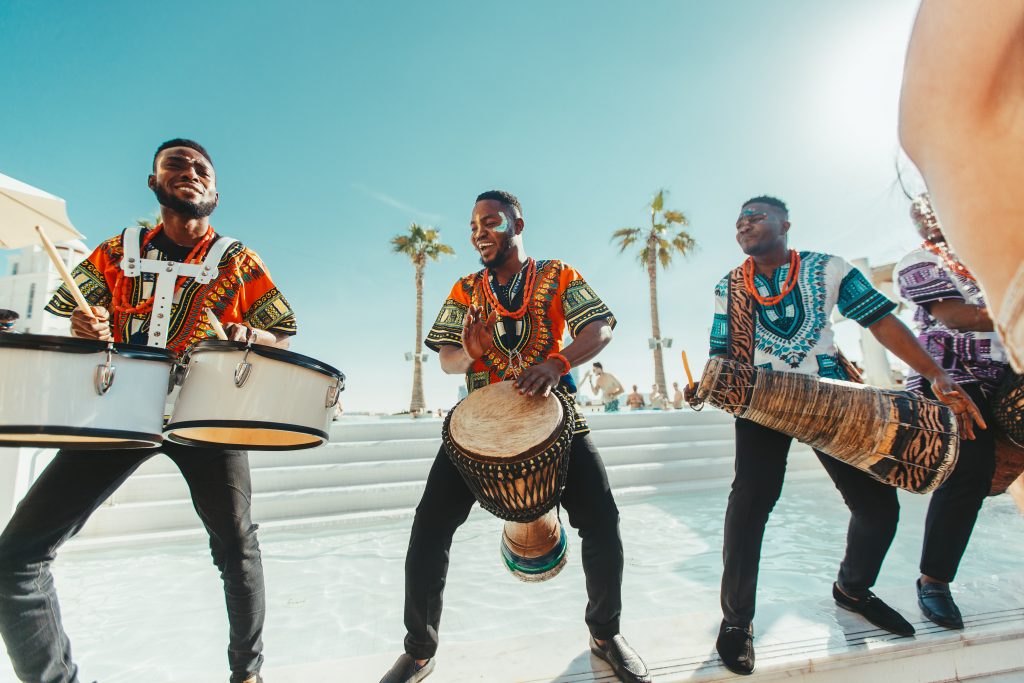 But in such a competitive market, how does FIVE stand out?

Kabir says, “FIVE stands out for the incredible range of entertainment experiences under one roof that are delivered in a 360-degree fashion – capturing the best of gastronomy, views, music, design and décor, and atmosphere. FIVE’s headlining events such as Skyline Thursdays and Bohemia have proved to be a huge success, with a loyal and engaged audience base that returns to The Penthouse and Beach by FIVE to be part of the global FIVE community. Bohemia at Beach by FIVE has secured its position as the hottest house music beach party from the heart of Palm Jumeirah and features record breaking International DJs such as Lost Frequencies, Robin Schulz and Joris Voorn. The mega-successful Boho-inspired fiesta and FIVE Signature Event has welcomed over eighteen thousand visitors and generated a 240% increase in Beach revenue as compared to the previous year. The Penthouse boasts a 20.8% increase in overall revenue in 2021 from 2019; and current year-to-date, the nightlife destination has showcased a 70% increase in total revenue compared to the same time in 2021. BLING has displayed a 7% increase year-to-date compared to the same period in 2019 and a 201 % increase year-to-date compared to the same period in 2021. Goose Island has achieved 4.6 Stars from 227 Google Reviews and is ranked #3 position out of 146 Bars & Pubs in Dubai on TripAdvisor. Due to an avid and loyal audience, Goose Island on Instagram showcased 34.5% increase total followers, a 125% increase in accounts engaged and a 1233% increase in accounts reached over the last 90 days. The party-going FIVE Family is consistently steadfast – so much so that FIVE Hotels and Resorts in Dubai has successfully welcomed over 3.79 million guests of over 192 nationalities to FIVE’s award-winning F&B venues and over 4000 events with over 360 top DJs in 1,784 days . FIVE Palm Jumeirah is Ranked No. 1 with 246% higher TREVPAR and 31% higher occupancy, while FIVE Jumeirah Village is ranked No. 1 with 286% higher TREVPAR and 42% higher occupancy.”

We can all agree that the most important component of any great event is the music, and while many hotels can be remembered for hosting amazing DJ’s and artists, FIVE Hotels and Resorts takes their relationship with music up many notches, they don’t just play music, they make music. 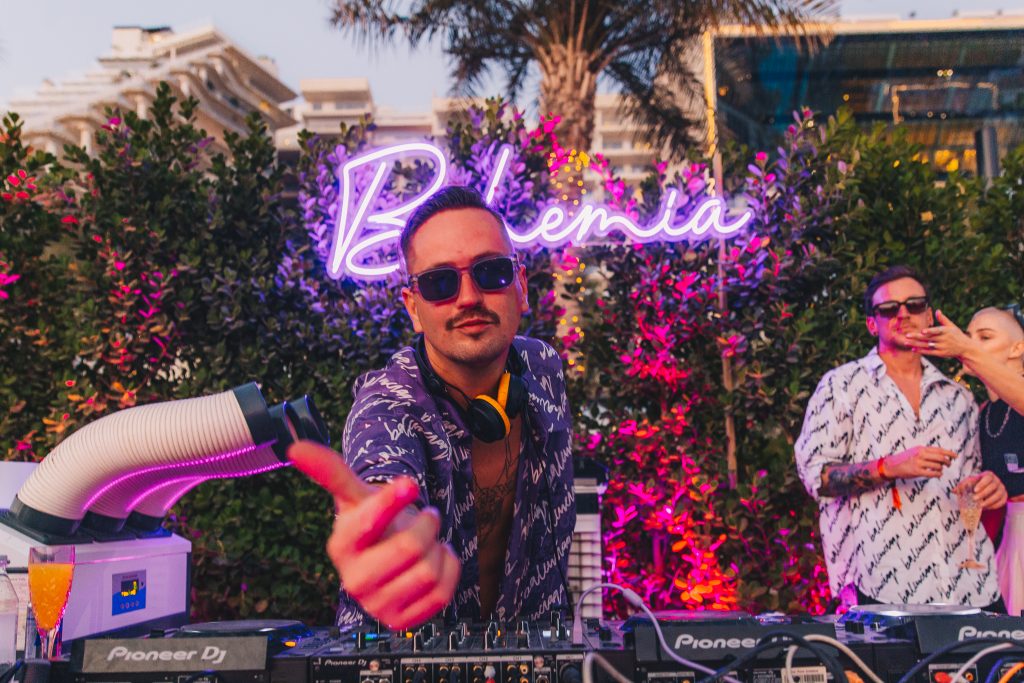 “As Dubai’s hottest luxury lifestyle destination, music lies at the core of FIVE and we strive to be global pace setters of the hospitality world. Our venues are a celebration of music and one can experience every musical genre from hip hop and house to commercial hits and pop. We are constantly boundaries pushing in order to introduce the freshest sounds from top of the chart’s artists to the FIVE audience. Musically driven mega, sold out events such as Anjunadeep, Bohemia, Skyline Thursdays, and LUVYA at FIVE have put Dubai on the map for music lovers from around the world. FIVE has helped regional talent get their due global recognition as well. DJ Maryo, for example, has opened for international artists like Eli & Fur and Themba. FIVE’s Musical Director DJ Sam Starks who is a homegrown FIVE talent, has gained tremendous recognition and fanfare by playing Friday nights at The Penthouse and opening for stalwarts such as Lost Frequencies and Robin Schulz. He has now been invited to play at Tomorrowland in the Summer of 2022. FIVE’s very own music label, FIVE Music, helps audiences from around the world to engage with the brand at their convenience via our Instagram Page, Spotify playlists and YouTube Channel. Due to the strong relationships built with visiting artists over the years, FIVE Music is now able to produce original content, which is played and tested at the venues before releasing. This helps us gauge reactions and edit tracks accordingly to give music-lovers exactly what they want, enabling us to stay at the forefront of musical trends.”

Kabir goes on to add that the brand is a trailblazer that brings the best of music and entertainment to every venue, and that FIVE’s clientele is the topmost priority. “The Entertainment Team keenly observes and adapts to their requirements. At FIVE, our guest services are always acclimating to feedback from customers to build on our existing entertainment concepts and to develop new ones so that visitors may be welcomed to a new and exciting entertainment experience every time they walk into any of our iconic venues. At FIVE, the aim is to always enhance guest experience by tapping into all of the senses: sight, sound, taste, touch and smell, and that’s what differentiates us from the norm.” 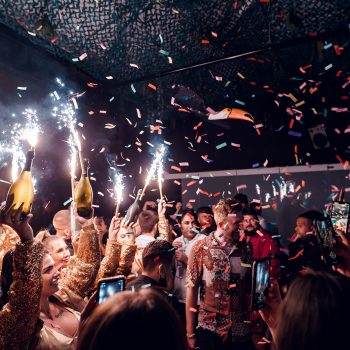 When we asked Kabir why entertainment was such an important pillar to the brand, he said that “FIVE is now recognised as a ground-breaking hospitality brand that is an undisputed leader in delivering the best entertainment experiences in the region. Guests stay with us for an average of 4 nights at a stretch and can explore over 13 varied dining and nightlife concepts during their stay, all of which have grown massively in popularity.”

As the Entertainment Director at FIVE Hotels and Resorts, Kabir’s role is to make sure everyone who comes through the doors has the time of their lives. As a passionate music lover himself he dedicates time to researching new musical styles and the hottest trending artists. “I continually experimented with showcasing new talent and freshly mixed genres that people haven’t listened to before at all of FIVE’s venues to gauge viewers’ reactions. My biggest focus is making sure that all our venues offer ahead-of-the-trend distinctive experiences that continue to grow in reputation, whilst driving increasing revenue.”

“As a first digital brand, FIVE has an extremely active and engaged FIVE social media community of over half a million followers on Instagram alone, with the FIVE Palm Jumeirah IG account having an energetic group of over 328 leadingK followers as compared to other established hotel groups having far fewer followers on Instagram. FIVE has over 700K active social media followers on YouTube, Spotify, Instagram, TikTok, Facebook. This has been achieved through a thorough social media strategy that stays ahead of digital developments, such as reels and Tik Tok (FIVE has been viewed over 60 million times via hashtags on this platform), showing real time impressions of the venues via live event captures , engaging the community through competitions, celebrity specials, customer reposting and exclusive offers, using the platforms as VIP concierge communications. FIVE’s strong digital presence ensures a direct two-way communication between brand and consumer enabling FIVE to dynamically respond to customers’ needs faster and more efficiently than others.”

FIVE caters to the “luxury-loving, musically inclined, and globetrotting millennials and zillinials (Gen Z). Our visitors are passionate about living their best lives and creating memories of a lifetime,” says Kabir.

Their guests are extremely digitally savvy, and they candidly interact with the brand online (as well as on-ground) making FIVE a world-famous Instagram playground.

FIVE is taking its distinguishing Entertainment Experience to Europe with its first international outpost, FIVE Zurich in Switzerland. By exporting Dubai’s glamor and flair to the heart of Swiss Hospitality, FIVE Zurich will be home to homegrown Dubai venues such as The Penthouse, Maiden Shanghai, and Soul Street, all with an exciting added FIVE twist. Opening its doors on June 30th2022, with a mega performance by global superstar Lost Frequencies at The Penthouse, FIVE Zurich will be the must-visit entertainment destination in Europe according to Kabir.